When and how to make corrections of Intrastat declarations? 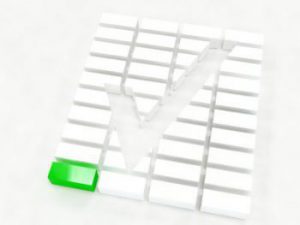 Have you found out new information that should have appeared in the already submitted Intrastat declaration, but at the moment of its processing you did not know it? This can occur very easily. At this point, it is important to know the rules for making corrections to Intrastat declarations. This rules are contained in the Handbook for Intrastat data providers, as well as their deadlines are. It also lists errors and inaccuracies that do not need to be corrected. And last but not least, the Handbook contains the corrections procedure for Intrastat declarations when a credit note is issued. In our article, you can find all necessary information that you should know before you start to correct Intrastat reports.

If the company finds inaccuracies in the submitted Intrastat declaration, it is obliged to correct the false data no later than 30 days from this moment. The correction shall be made in accordance with the rules in force for the year of the reference period of the report. The deadline for corrections is the 12th working day of July in the year following the year in which the incorrect data for any month were reported. After the expiration of the June reporting deadline, it is not possible to correct any of the months of the previous year any more.

Correction of declarations submitted to the customs office electronically can be done in two ways. The company can cancel the entire report and submitt a new one in its place, complete with the correct data. This procedure is the only one possible for correction of declarations submitted on paper. The second option is to correct erroneous data in specific lines in the report directly in the InstatDesk application to update an existing report.

When are Intrastat corrections not required?

It is not decisive for setting the 5% limit whether the correction will increase or decrease the final amount. When companies submit Intrastat declaration, they should consider the possibility of aggregated reporting. If there are several cases with the same commodity code, the same mode of transport, the nature of the transaction, the country of destination or dispatch and the country of origin, the same code of delivery terms and the indication of the special movement code and statistical value, it is appropriate to report them in one line. It can thus reduce the number of possible subsequent Intrastat corrections by using the option not to correct erroneous data.

If is a credit note issued for goods delivered and reported to Intrastat it may change their price as follows:

If all or part of the shipment returns back to the seller, the data in the originally submitted Intrastat declaration are not corrected. A return of recieved or of sent goods is reported with the transaction code “21”. And the value of declared goods is the same as the original one.

If a company expects some changes in the reported value of goods at the moment of processing of Intrastat declaration, it can report the already estimated value. This will prevent the subsequent correction of the declaration. If expected changes do not occur, or in a different amount, it has to correct this value. Here is also an option not to correct erroneous data, if the value does not change by more or less than 5 %.

The transaction code is not corrected if it was correct at the moment of processing of Intrastat declarantion, but the subsequent handling of goods does not correspond to this.

Nothing should surprise you now in the process of making corrections to Intrastat declarations. However, if you are still not completely sure, do not hesitate to contact us.

There are several options available to contact us. You can send us a n enquiry via our online form. You can also send us direct email, call us or visit us at our premises. Our team will be happy to help you and answer any of your enquiries.

Where to find us

THE ADDRESS OF OUR SALES OFFICE

We will reply to your mails within a few hours.

ADDRESS OF OUR OPERATIONAL OFFICE